The Unique Calling of a Community Chaplain

back to All Posts
Categories: Connect Stories, May 2021

The Unique Calling of a Community Chaplain

Most of us understand the importance of having someone to lean on when the road gets a little bumpy. But the job description of a school chaplain holds a special place in the hearts of those in Queensland’s regional communities. Chappy Tony has served in this unique calling for many years.

For outback communities like Alpha and Jericho, the chaplain isn’t just there for the school students and teachers. They’re there for anyone who needs support. “There are unique things in these regions that have an impact on communal wellbeing—the drought is one of them," explains Tony. “As chaplains, we frequently team up with organisations, churches and other schools to help raise money to support the community.”

In rural communities, the health of land and livestock is linked to the community’s wellbeing. On one occasion, Chappy Tony and some friends were delivering semi-trailer loads of hay for the people in town when they had an unexpected encounter. “There was a man who came up to us with tears in his eyes. He said, ‘Why are you doing this for us?’ He was stunned that we’d be helping him and his neighbours in this way. Some people misunderstand the role of a chaplain. It’s about being there. It’s about going along to a cattle camp, or joining in on things to look after the welfare of young people. It’s about being real and being part of the community God has called you to be in.”

This story is part of the May 2021 issue of CONNECT.

More from this issue Read the latest from the State Director 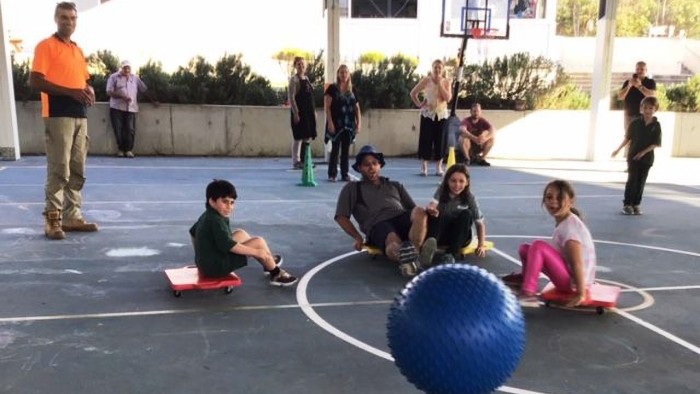 "Blokes are usually invited to working bees, but not spaces to just have fun with their kids. We want them to feel welcomed and accepted."

There aren’t many spaces like this for young adults.